Whitney Township is set in the northeaster section of Arenac County. There are 1001 residents in the Township, most of those residents live either along US-23 or in a large agricultural district inland from US-23. 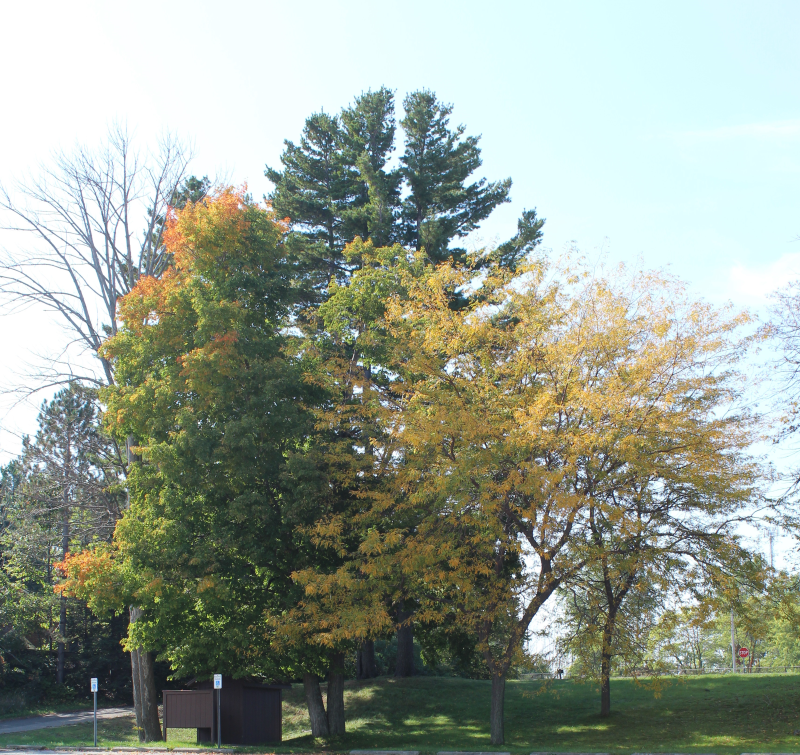 One of the well-known places in Whitney Township was the Bear Track Inn on US-23. It was built by Mose Rashotte and was one of the first businesses built after the highway extended north of AuGres. It was the place to go in the 1930’s and was usually filled to capacity. It got its name from the bear tracks found in the cement after they poured a new driveway. It was then added to a restaurant south of that spot and the Story family owned the business for many years. It has been replaced by a condo. Another well-known place was the Singing Bridge. Which was built over the Whitney Drain after the water was diverted from the Laundrie Settlement and the east branch of the AuGres River. It would hum when you drove over it. Many hundreds of people would come for smelt dipping season. People would park for miles along US-23 to watch and dip smelt.

Saginaw Midland Water system is located in Whitney Township. Henry Oates stated the Huron Water System in 1940, his lines ran from Dyer Road and ran for 4 ½ miles south along the shoreline. By 1970 he had over 250 customers. In the 1980 Sims-Whitney Water System was built and now services 1700 customers in Sims, Whitney, and Alabaster Townships.

Most of Whitney Township is now farmed and has 1001 residents and that number grows in the summer. There is a golf course, party store, storage units, motels, private campground, and cabins that are running in the Township. The Township also has a joint venture with Sims for a Transfer Station and Cemetery. Wiltse’s have a boat cruise in the summer that takes people out to Charity Island to see the lighthouse and the keeper’s house.